CAVE Academy and VES London are very happy to have Hasraf ‘HaZ’ Dulull – the director of  feature films The Beyond and 2036 Origin Unknown, and the Disney series – Fast Layne,  join us to discuss his process to bringing to life his latest animated project, Battlesuit. HaZ will cover how he created the project with Unreal Engine and how real-time workflows are changing the landscape of filmmaking and storytelling from a Director’s point of view, and he will start the session by discussing how he made the transition from VFX to feature film & TV directing.

…and you can view the full pilot episode via: https://hazfilm.com/battlesuit 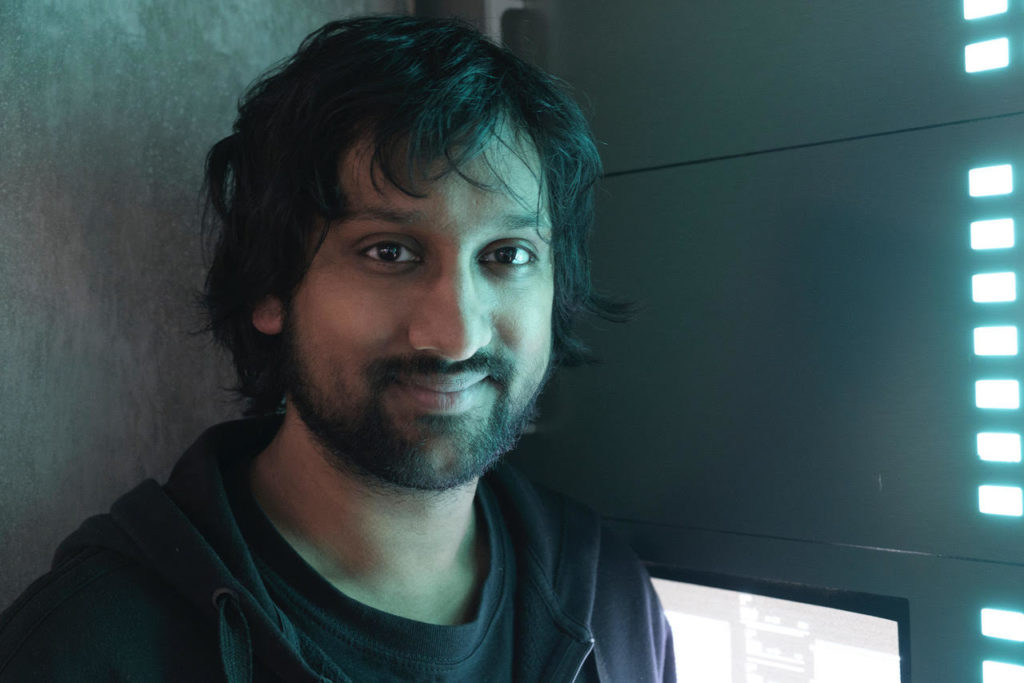 Hasraf ‘HaZ’ Dulull started in VFX as a compositor and then VFX Supervisor / Producer, before being known for his breakout sci-fi indie feature film – THE BEYOND, which was released by Gravitas Ventures, and premiered at #2 on the iTunes charts before trending on Netflix and fully recouping its budget quickly and becoming a profitable feature film.  His second feature film 2036: ORIGIN UNKNOWN, which starred Katee Sackhoff (Battlestar Galactica, Another Life) earned a limited theatrical release in the US before landing on Netflix.
He was later hired to direct the pilot for Disney’s action comedy mini series – FAST LAYNE, and was also credited as creative consultant on the entire series and directed three additional episodes when he wowed Disney channel executives with his vision for the 8 part series.   This lead to DisneyChannel Original Movies hiring him to direct the bridge special short film for the Descendants franchise which was rated as the highest viewed short form content on the channel.
Later in 2019 he directed the ending segment for the sci-fi anthology – PORTALS released by Screen Media.
He is currently developing genre TV, Feature and animation projects.
HaZ is repped in Hollywood by Paradigm and The Gotham Group,  and is the co-founder of production company http://hazfilm.com/

Many thanks to VES London for supporting CAVE Masterclasses. For more information on the VES and the fantastic work they do, make sure to check out their website: