Jahirul Amin|09.06.2020
Before we turn to any software to create CG skin and eyes, it is important to take a look at the biological structure of both, and see how these anatomies can inform the digital processes. 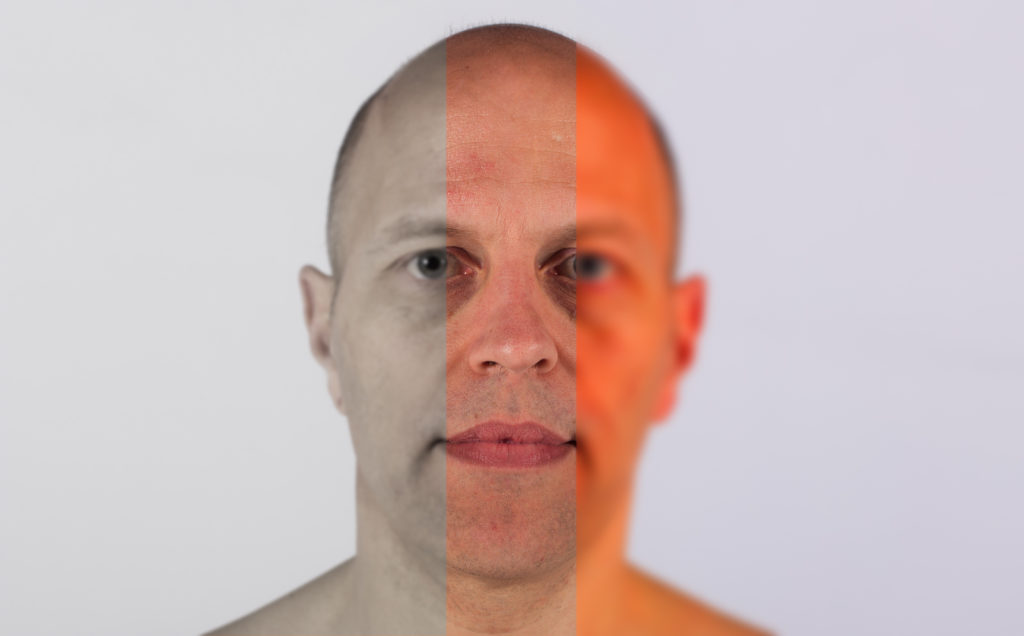 The skin is the body’s thinnest and largest organ, measuring around two square metres in an average sized adult. It provides a protective barrier between the body and what is very frequently a hostile environment. The skin is composed of 2 main layers: the epidermis above and the dermis below, and beneath these is the subcutaneous layer, which is rich in fatty tissue and carries the major blood vessels and nerves to the skin above.

Doing justice in CG to this complex organ, which appears so varied from person to person, and from one part of the body to the next, is a labour of love. Take a look at your face in the mirror: see how colour varies from feature to feature, how some parts are oilier and have deeper pores than others, how lines form around the eyes and corners of the mouth. My approach to producing digital skin is more artistic than technical: I have a look in mind, which can be backed up by reference, and I strive to get that look by repeated tinkering with texture and displacement maps, whilst being very conscious of and informed by the biological make-up of the skin outlined below. 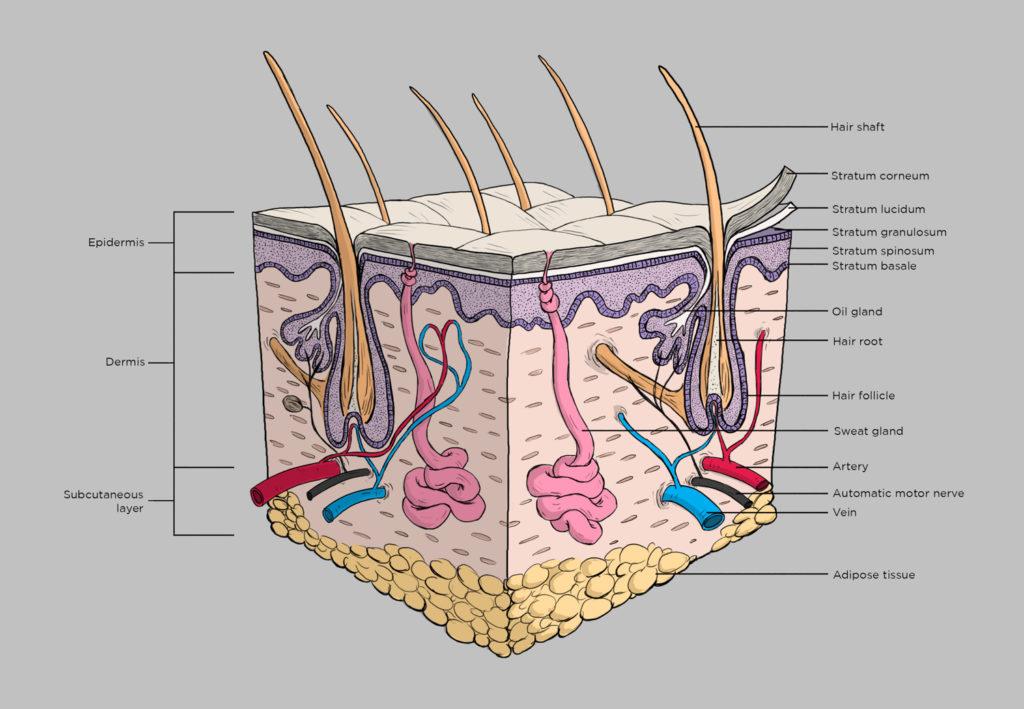 The epidermis in most areas of the body is less than 0.17mm thick. This figure does rise, however, in those areas such as the soles of the feet, which are exposed to a lot of pressure and friction. The epidermis is composed of between 3 and 5 layers, depending on the area of the body. The cells at the surface of the skin are dead and are continuously being shed then replaced by cells which have migrated from lower layers in the epidermis. This is a process which continues even while we sleep.

Let’s relate this biological information to the epidermal map that we will create during the texturing process. As the visible portion of the epidermis is actually composed of dead cells, when viewed in isolation, it is very desaturated in colour. This desaturation will need to be mimicked in the creation of the map.

Before we reach the dermis, there is the dermal-epidermal junction, a membrane which effectively glues the dermis and the epidermis together.

Moving deeper, the dermis is sometimes known as the “true skin” and is much thicker than the epidermis, varying from 0.5mm (eyelids and penis) to 4mm (soles and palms) thick. The dermis contains nerves and nerve endings, muscle fibres, hair follicles, sweat and sebaceous glands, and blood vessels. It performs a number of functions such as heat regulation, protection from mechanical injury, and the processing of sensory information such as pain or heat.

Relating this to CG again, the subdermal texture map, which represents both the dermis and the subcutaneous layer, should be reddish in colour as it is the red wave length that penetrates the furthest and scatters beneath the epidermis. The texture map should also be blurry as the red light bounces around this region. This is where we should also include colour variation, such as for the veins, to add a layer of complexity to the shader.

Of additional importance when considering shaders, is the oily film which is visible on the surface of the skin to a greater or lesser degree from person to person and depending on the area of the body. This film is composed of secretions from the sweat and sebaceous glands mixed with the cells being shed from the epidermis. Because the surface film reflects light, and because blue light barely penetrates, I’ll be adding a blue tint to the reflection and specular maps. 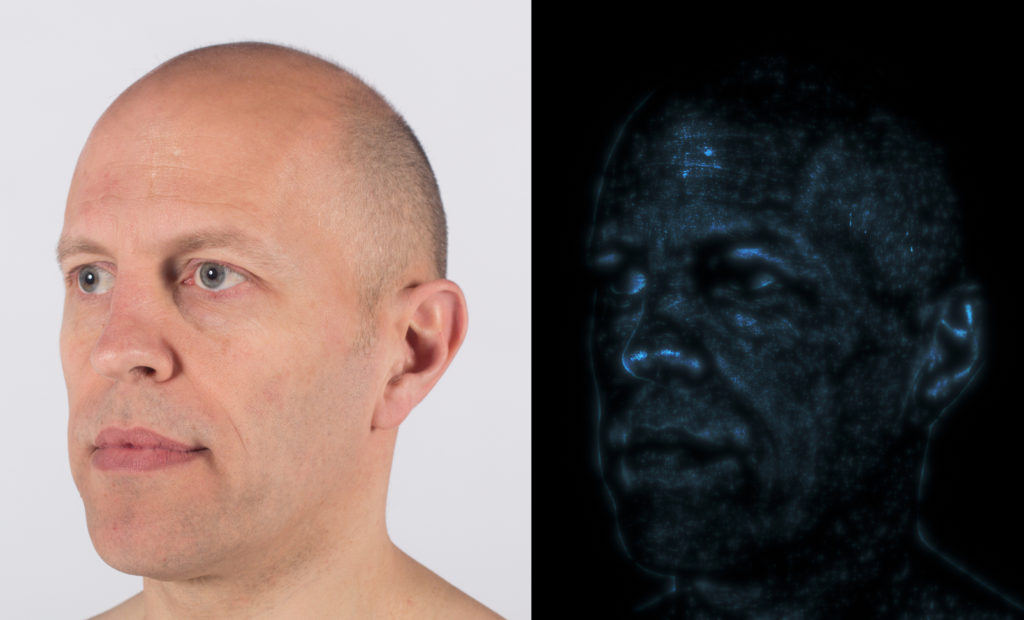 The adult eyeball measures around 2.5 cm in diameter. Only one sixth of the eyeball is exposed; the remainder is recessed and protected in its orbit, and based on the digital texturing and shading work we will do, it is this sixth that we will focus on. We will look, therefore, at the sclera, iris, pupil and cornea.

The sclera is a tough white fibrous tissue that almost encircles the eyeball, giving it shape and protecting its inner parts.  The visible, anterior part of the sclera is the “white of the eye”.

The iris, or the coloured portion of the eye, is made up of circular and radial muscles which are arranged in a doughnut shape, the hole in the middle being the pupil, through which light enters the eye. A principal function of the iris is to regulate how much light enters the posterior cavity of the eyeball through the pupil. When light stimulates the eye, the circular muscles of the iris contract, making the pupil smaller. When the eye needs to see in poor light, however, the radial muscles of the iris contract, thus increasing the size of the pupil.

Covering the iris and the pupil is the cornea, which is a transparent coat protected externally by an epithelial layer. 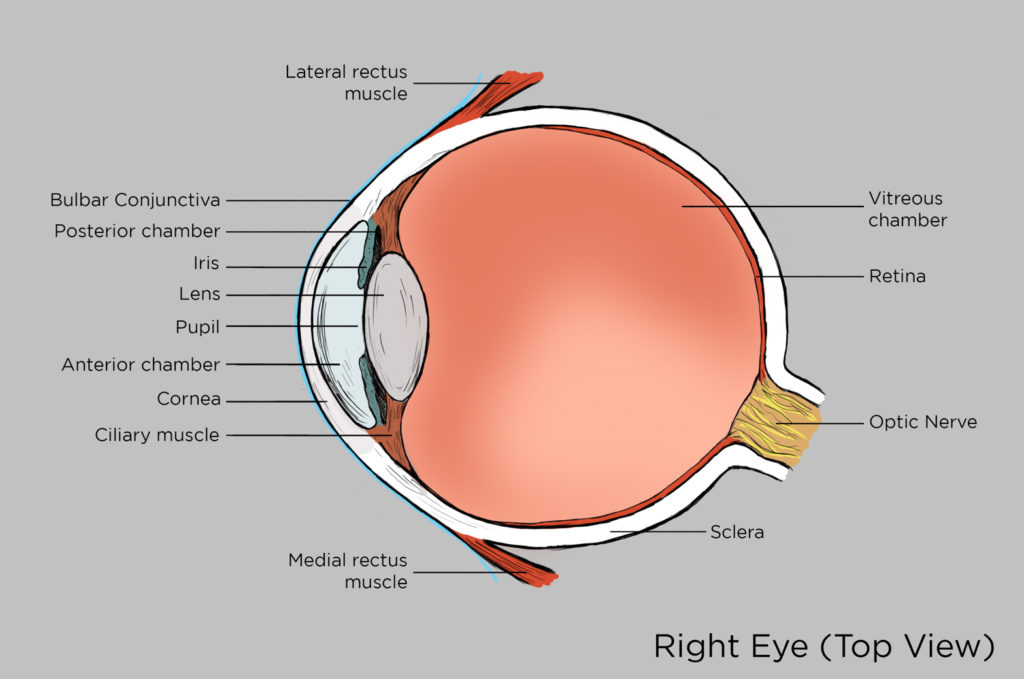