Jahirul Amin|18.09.2022
Here is a breakdown of how we go about shooting lens grids for VFX. 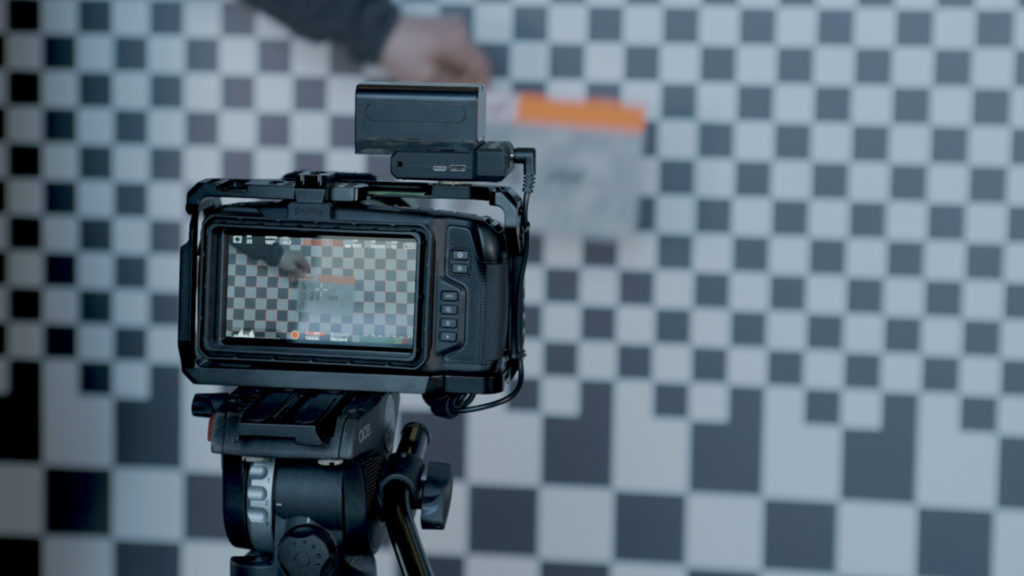 You may think that every 50mm L series lens from Canon is identical, or every Signature Zoom 45 – 135mm lens from ARRI, as fancy as it is, are also built identical. In reality, anything that is physical will be unique and have its own characteristics.

In order to capture reference of the characteristics of a lens, we’ll need to capture images/videos of a checker pattern that is printed and mounted onto a board. This pattern is known as a lens grid. By shooting this pattern of evenly squared faces (that can come in different sizes), we can assess the distortion of a lens. The most common forms of distortion being:

In 3d applications, all straight lines are rendered straight, therefore, we need our plate to have straight lines too, so we can sync things up. In order to do this, we need to remove the distortion from the plate. By shooting a lens grid pattern, we are able to use software to then calculate how to undistort the plate. From that point, we can track, render and comp our CG elements into the undistorted plate. Once we have added our CG elements, we are then able to re-distort the plate with the CG, so we end up with the original plate but this time, we have the awesome looking CG integrated into the shot and everything is distorted once more for final.

If you are looking for a more detailed step-by-step breakdown on all things onset related, you can check out our courses on the topic here:

In this lesson, we won’t go into detail regarding the solving of the lens grid or adding the VFX. Our focus will be on how to go about shooting a lens grid, so it can be used later on in the VFX pipeline. 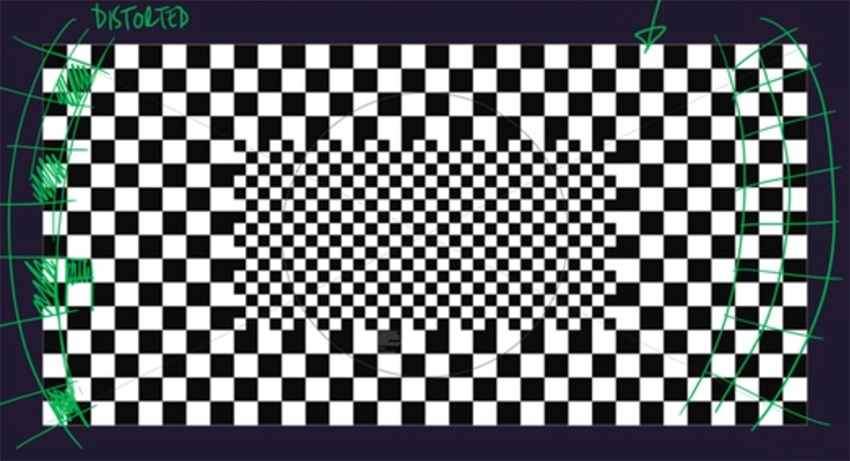 Setting up the Camera and the Lens Grid 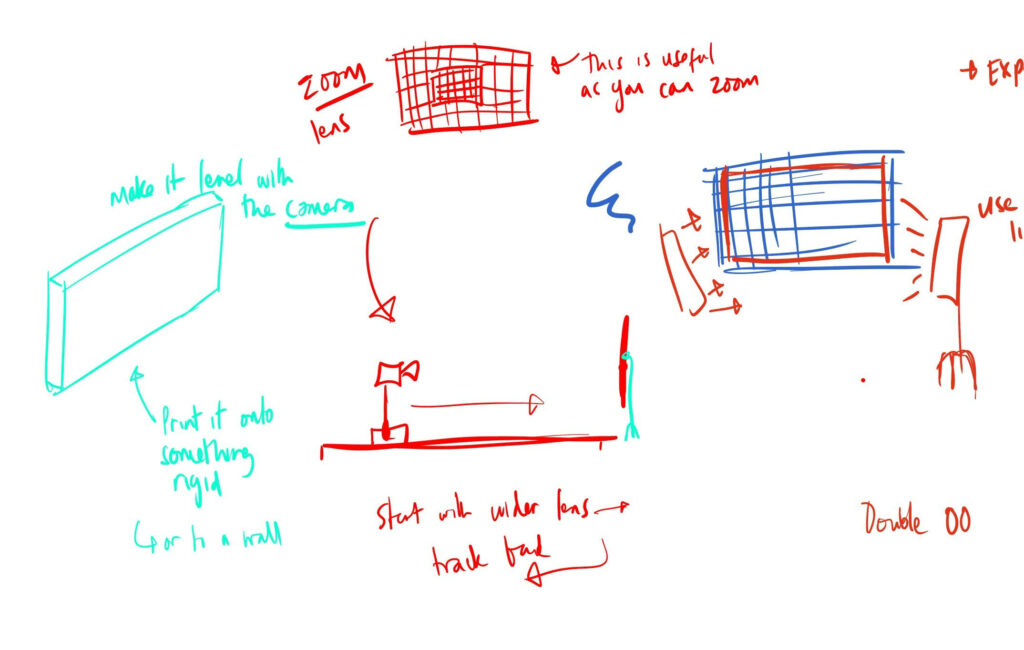 If you do not have a solid wall or track, then you’ll need to improvise. Ideally, you’d shoot the lens grid in a controlled shooting space what a professional camera operator but if that is not possible, do the best to you can ensure the lens grid is flat and not tilted. C-stands for example are extremely handy. 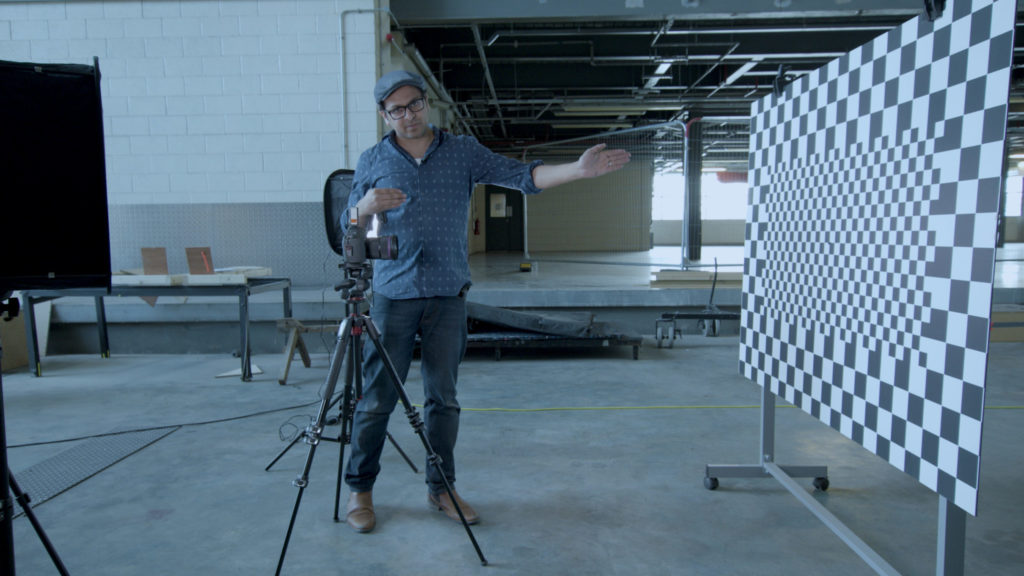 For the lens grid pattern, check out this fantastic set provided by Eric Alba:

In the office, I’ve gone for 3. Base grid, with nested smaller grid and XO, of which I have printed and mounted onto a rigid board and then glued to the wall. However, if I had to print another grid, I’d follow the following advice from Onset VFX Supe, Hélder Tomás:

“For the love of everything that you hold dear, don’t use mixed-resolution grids! Print a two-sided grid instead, and flip it if needed, spend 1 minute longer per zoom lens on-set, and save hours in post. And never block intersections with tape.”

When shooting the grid, make sure the lens grid fills the full frame of the image. The checked pattern should go to the outside edges of the frame. You need to see a good selection of squares, not just a few. We need many squares to have a good image analysis and grid corner points to get a good solve and work out the warping. 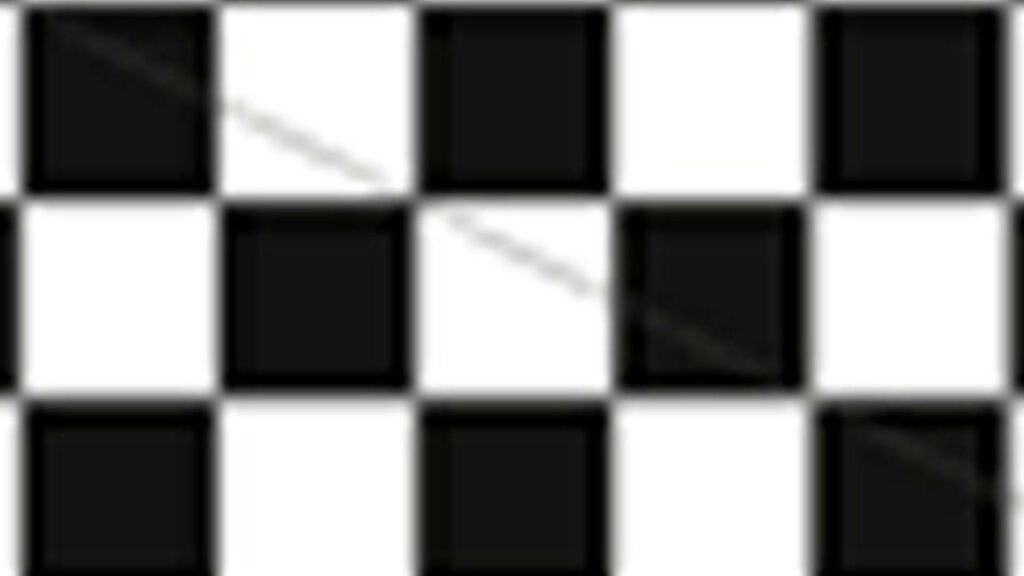 BAD – Too far away 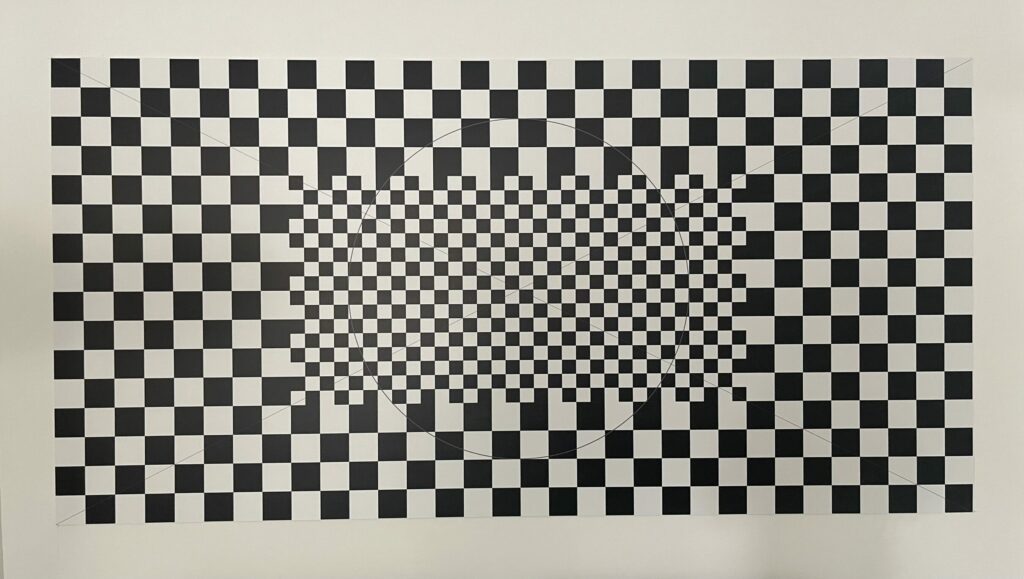 BAD – Not to the full edge of the frame (top/bottom) 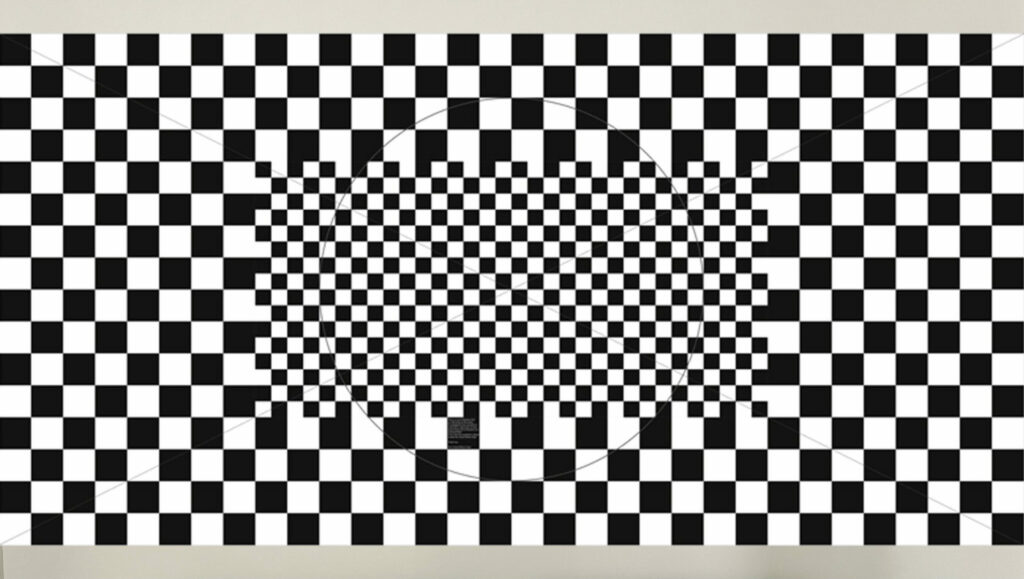 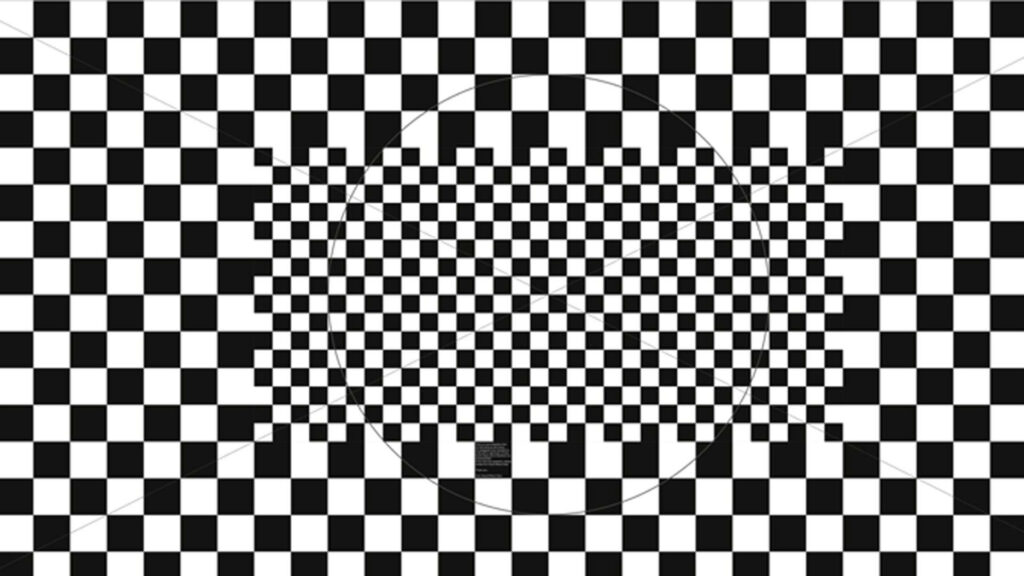 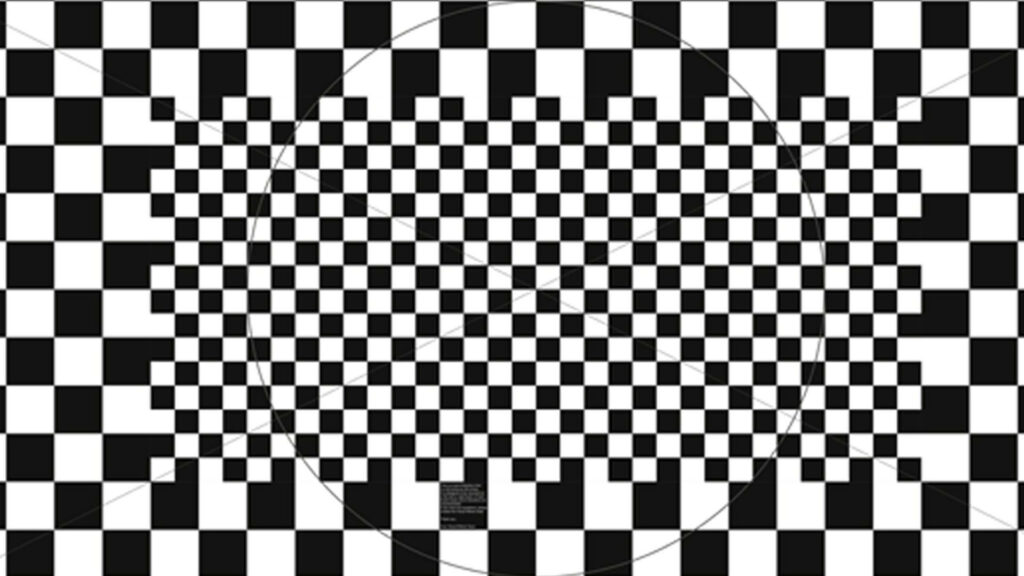 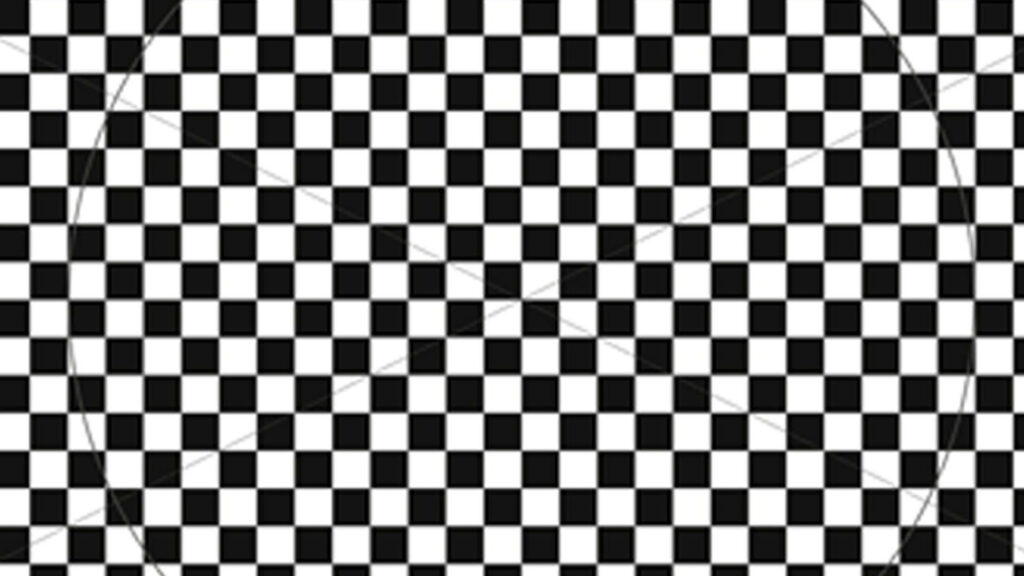 If you have a monitor around, hook it up, so you can get a clearer idea of how things are looking in terms of focus. 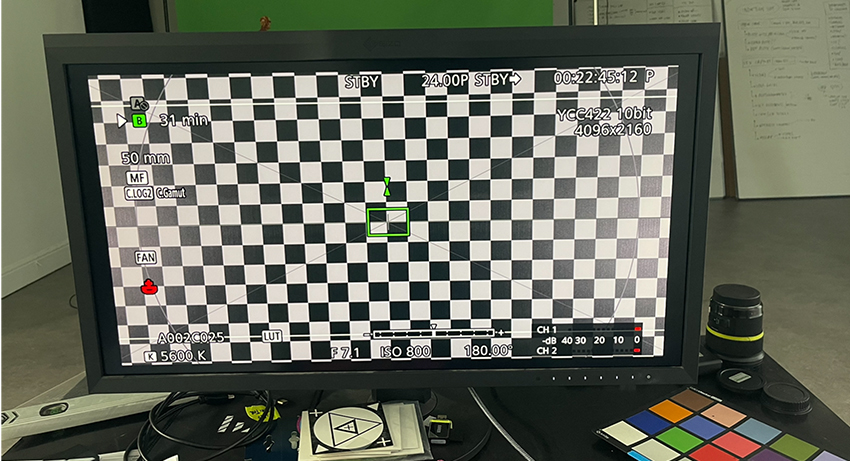 Sometimes you’ll have to work with the lighting you have, so do the best you can with what you have. But if the lighting team are about, don’t be afraid to ask for some additional lights, or even help setting up. The below example is NOT ideal as we have some glare going on. But it is not a deal breaker. We were still able to solve the distortion. 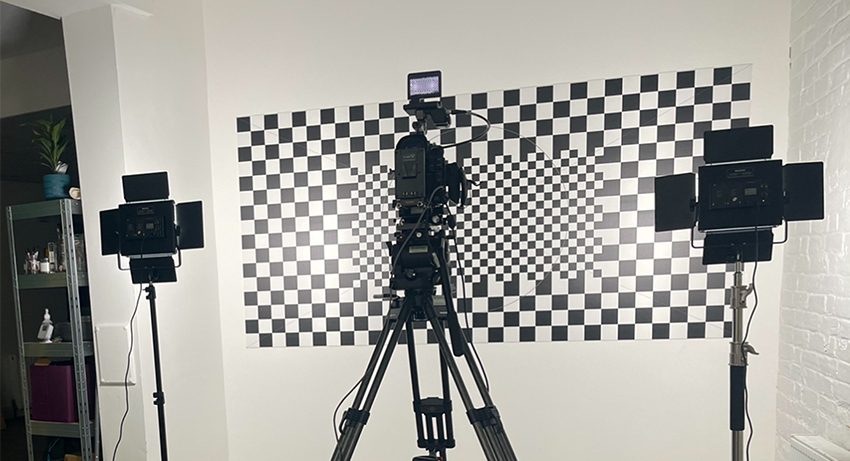 On the slate, include the following:

Create a fixed naming convention that pulls in the info from the data sheet. At CAVE, our convention is as follows:

All the info for the naming convention should be visible on the slate.

Create a spreadsheet that grabs the following information per clip: 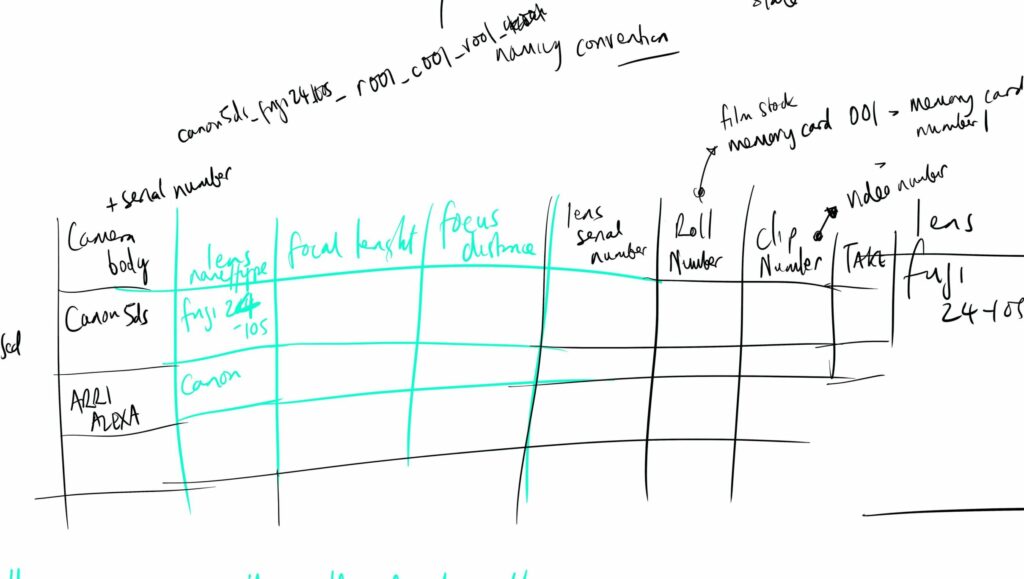 Here are 2 methods for shooting spherical zooms, but before you begin, do the following: 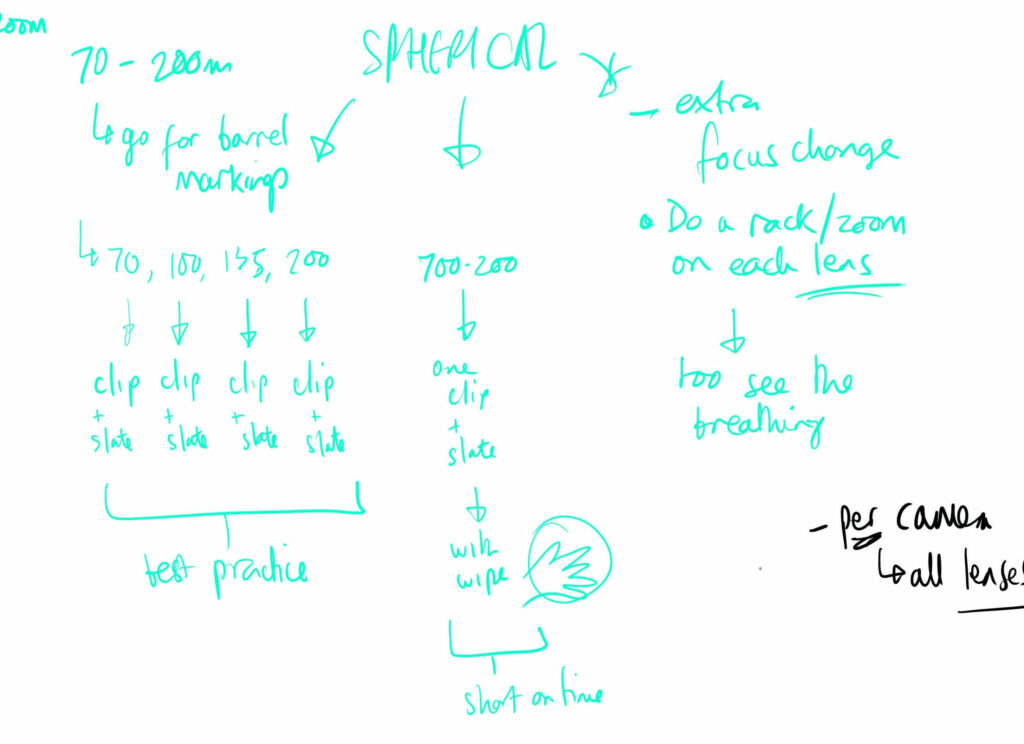 For a bonus, do a rack/zoom for each lens to see the lens breathing: 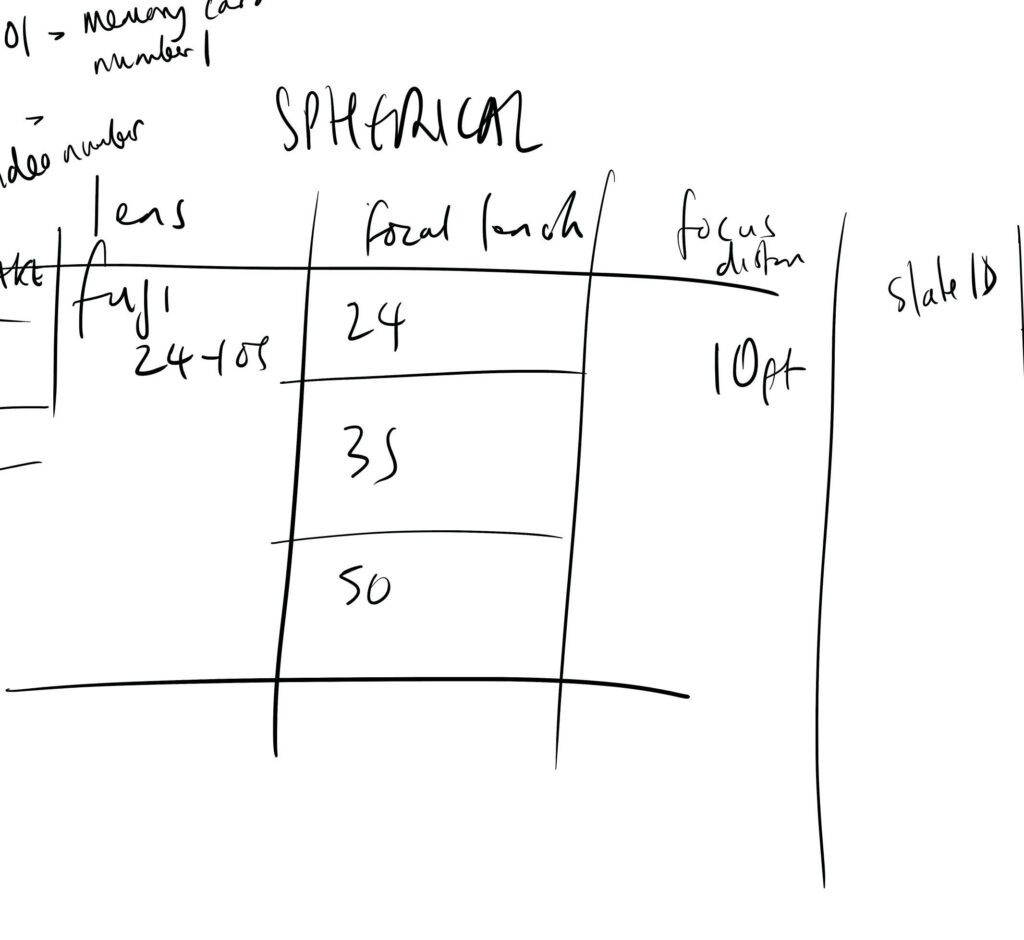 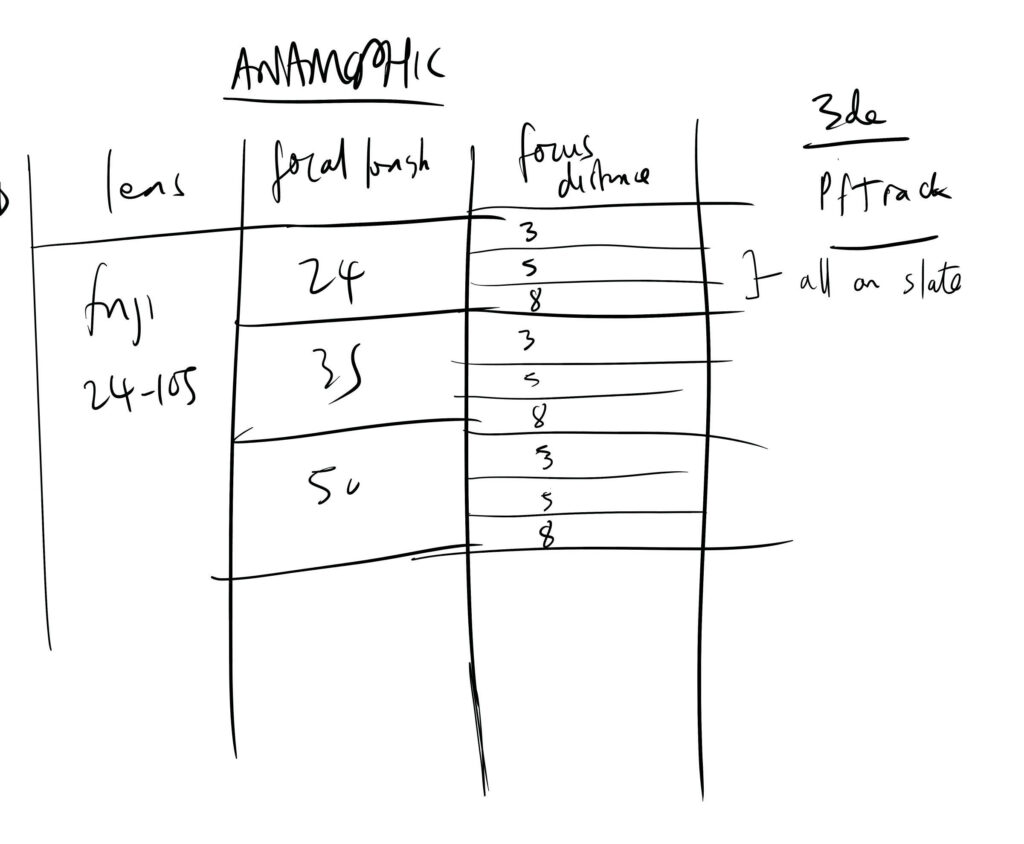 Do the same for Anamorphic Primes and:

So for each zoom barrel marking, you will slate and shoot a set of focus distances (6 for example).

All the results will be graphed to give you a curve that represents the distortion.

For more information on all things onset related, you can check out our courses here:

If you are a fan of mixing science with art, or maths with creative thinking, then join our Connection Programme, where we’ll be exploring VFX, animation and games from the core fundamentals: